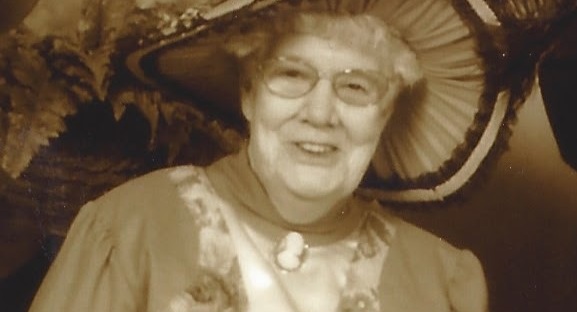 Something that is taught in almost all of the different religions and spiritual teachings, yet seems the most difficult thing to do is giving . That means giving away stuff, time and money. We have it in our heads that we deserve what we have. We paid our dues. We worked hard. Why shouldn’t we enjoy the fruits of our labors? Why should we share? It’s the deserve word that really messes things up for us. What do we really deserve anyways? Does a starving child in Africa deserve their fate? Does a young woman in an abusive relationship deserve her beatings? Does a mother with children and a husband deserve to be poor, battling Cancer, and have a family dealing with depression and anxiety ? There has been so many things happening over the last few weeks, you would wonder if I was Hitler in my former life. The thing is God believes we all deserve love. So than why are there so many people suffering? I believe it has something to do with our belief that things belong to us and we are not interested in giving what we “own” away.

I had two amazing Grandmothers. Nanny Mercer and Nanny Doyle. These women would and have given their last dime away to someone who needed it more than them. My Nanny Doyle was so poor that she had to make crochet potholders with donated wool to have her children sell for food. She always ate last. If there was nothing left she would starve.

My Nanny Mercer left her husband because he hurt one of her children. This was when there was no social assistance programs. She worked two jobs to make sure her children were fed and clothed. She exhausted herself to keep her children safe from abuse. This was a woman who grew up in an orphanage. She was never cared for by a parent who loved her. So she spent as much time as she could, doing for her kids what she didn’t have. She even fed the neighbors kids homeade fudge because she wanted them to have treats as well.

Nanny Mercers favorite thing was Christmas. In fact both my Nannies adored Christmas. Nanny Mercer would save up every cent she had to make sure everyone had presents. We would play cards and eat everything you could imagine. She made about 9000 dollars a year and probably spent a quarter of it on Christmas. She also did something I never forgot. She would give money away at Christmas. Why would a woman that had absolutely minimal money give money away? I asked her about it when I was older and she told me that tithing was a rule by God. Money doesn’t belong to you it belongs to God for his purpose. That is why she gave stuff away all the time. If you wanted it and she had it, it was yours.

My other Grandmother was the same. If she had it to give she would do her best to give it to you. I believe neither one of them deserved the poverty life. Their hearts deserved a mansion with maids and errand boys that fed them grapes. But alas, less than ten percent of the population owns 90 percent of the wealth and they were not that 10 percent. Each one of those ladies deserved way more than gold, but they were content with their families being happy and taken care of. They were happy to give it all away for love.

One of the best experiences of my life was when I somehow convinced my Nanny Mercer to come to my home in Alberta. She wouldn’t fly, so I had to buy her train tickets. She had a stop in Toronto over night so I put her in a hotel with a king sized bed. She had never slept in a bed that big in her life. I called her when she was there and she told me she needed to go swim in her gigantic bed. When she got here she told me about foods she always wanted to try so I gave her everything she wanted. She literally had cheesecake every night for a week. She had her photo taken at West Edmonton Mall.

She had never been so happy in her entire life. When she was in West Edmonton mall we rented her an electric wheelchair. I swear in about twenty minutes of learning it she was driving like a drag car racer. She was giggling as she nearly pushed people into the water. It was one of the best weeks of my life and I wished that I could have done the same with my Nanny Doyle. That year we had passed on our own vacation to make my Nannies dream come true. She had never been on a vacation outside of Nova Scotia because she was afraid of planes. I would pass up all of the vacations if I could make people that happy. It was like the more I gave to her the happier I was.

Through out my life I have made it a point to give. Give of my time, my money, my food and sometimes my home. I do this because I believe that we are not deserving of anything. We are blessed by it. This is why I can be grateful, even when there doesn’t seem to be much to be grateful for. There always is something if you pay attention. I just wish the world would understand this. If we all gave away what was needed to other people, we would not only see a world without hunger, but also a world that had an abundance of love. Because, when you give it away with love in your heart, the joy that comes back to you is so much bigger. So if you are given the choice to hold on to what you feel you deserve or give it away to someone who needs it more, I suggest you give it away. It will be worth it I promise. Giving is the gift that keeps on giving . Thanks for giving me your time and consideration. God Bless❤️

As always, our Go fund me page. Any support given is much appreciated. Thanks again for your support 😊

If you want to try the Healing challenge with me or if you like the looks of any of our products than please visit our website. Thanks so much for your support 😊